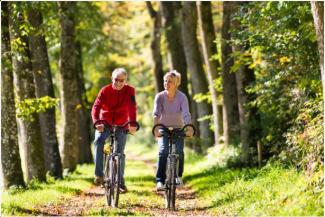 Since 2002, Americans aged 50 and older have been permitted to make annual "catch-up" contributions to popular retirement accounts – but according to Vanguard’s 2021 How America Saves report, just 15% of retirement savers do. One factor may be the limits on these contributions. Many pre-retirees who are old enough to "catch up" would like to contribute considerably more to their retirement plans, as they need to ramp up their rate of saving.

Proposed legislation making its way through Congress could allow people over 60 to make larger yearly catch-up contributions to some of the most popular types of workplace retirement plans. Essentially, there are variations of the same bill circulating in Washington. The Senate version would let those 60 and older make annual catch-ups of up to $10,000 to employer-sponsored retirement plans. The House version also has a $10,000 annual maximum, but the enlarged catch-ups would have to be after-tax contributions. An after-tax contribution does not reduce your current taxable income by an equivalent amount, but it may help reduce your income tax burden during retirement. With many seniors needing to save more – much more – before they conclude their careers or sell their businesses, any new laws allowing larger catch-up contributions could be a benefit.1