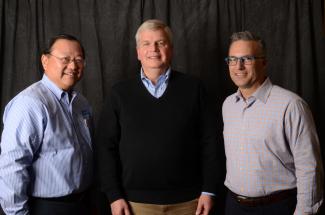 A Note from Steward Advisors: October 2022

A Note from Steward Advisors

Each down day in the financial markets may be annoying, but when you string a week, a month, a quarter, now three quarters of down markets together, it begins to test your fortitude. While the market slump is not nearly as severe as 2008-2009, this is the worst stretch of performance for the equity markets that we have had since then. Unfortunately, the investments that usually act as a safe haven in times of distress, like treasuries and investment grade bonds, have seen their worst performance in 40 years. Is it time to throw in the towel on staying in the market? Absolutely not. In fact, looking forward, we are now seeing the best opportunities that we have seen in the past 10 years. For instance, intermediate term investment grade bonds are paying about 5.0%, which is the highest rate in a decade. The PE (price to earnings) ratio of the S&P 500 is at the lowest point in nearly a decade, and low PE ratio’s correlate with higher future returns.

What’s driving all the volatility? There are really 2 answers that are tied together. First, the Fed embarked on an aggressive and sustained program of interest rate increases earlier in the year. In response, long-term interest rates, represented by 10-year treasuries, have increased about 2.5% since January 1, stoking the largest selloff in bonds in over 40 years. The immediate result of higher interest rates is that investors are demanding higher future returns to compensate for a higher cost of capital. In the stock market, this means that a company’s stock must drop in price even if future earnings expectations don’t change. Thus, the PE ratio on the S&P 500 has declined from 21.4 at the beginning of the year to 15.1 on September 30.

Second, the market has become worried that the interest rate increases will push the U.S. economy into recession, reducing company earnings. If company earnings go down, stock prices must go down if PE ratios stay the same. While we haven’t seen a drop in corporate earnings to date, we are seeing earnings estimates revised lower – companies are expected to grow their earnings but at a slower rate. Here are a few ways that higher interest rates reduce earnings: 1) sales may decline as consumers have a harder time borrowing to finance purchases (think of the housing market), 2) companies must pay a higher interest rate. on their financing, and 3) higher interest rates drive the dollar higher which reduces profit for exporters.

The earnings reporting season that is just beginning will shed light on how much of an impact higher interest rates are having on company earnings. As mentioned above, some slowdown has been factored into stock prices. On the other hand, investors may not have factored in the ability for companies to raise prices in the current inflationary environment.

How are we responding to the market disruption?

First, whenever markets sell off, we make lemonade out of lemons by harvesting tax losses where it makes sense. Second, by staying disciplined and rebalancing to our clients’ investment policies, we buy investments that are on sale and sell investments that have gained in value. A perfect example of this is in commodity prices where oil peaked at over $120 per barrel earlier in the year and is now trading just over $80. When oil was high, we trimmed commodity funds linked to oil and repurchased those funds at lower prices. Finally, we have been exploring alternative investment funds that experience lower volatility in exchange for less liquidity. We would be happy to discuss these alternative funds with you if you have an interest.

Your Mindset Makes All The Difference

The financial markets give everyone the same opportunities, but often it is the investors’ mindset that makes the difference between a successful investor and an insolvent investor. Two books I (Tim) recently read tied this theme together. The first book was “Fooled by Randomness” by Nassim Taleb. His thesis is that most of us do not understand probabilities and have a hard time differentiating between luck and skill. Taleb is also the author of “The Black Swan” in which he discusses the significant downside risks that most investors fail to account for.

In “Fooled by Randomness”, Taleb urges investors to be wary of success that might be luck and to prepare so that bad luck doesn’t wipe you out. Taleb gives examples of traders that looked like geniuses in one market environment only to go broke when their smart trading strategy didn’t work in another market environment.

The other book is “The Psychology of Money” by Morgan Housel. One of Morgan’s main points is that staying in the markets over a long period of time is the best way to make money. Housel points out that Warren Buffett, whom many would consider the greatest investor of all time, earned $81.5 of his $84.5 billion after the age of 65 (since the book was published in 2020 his net worth has increased to $95 billion). He was successful because he started investing at age 10 and is still going at age 92. While many are familiar with Buffett’s partner, Charlie Munger, few know of Rick Guerin who was a third partner of Buffett’s in the early days. Unfortunately, Guerin borrowed on margin to speed up his wealth accumulation, was faced with some unexpected losses in the ’73-74 market downturn and had to sell his shares of Berkshire Hathaway to Buffett for under $40 per share. The shares are valued at over $424,000 today. The lesson is that staying in the market is more important than fast gains.

How do you stay in the market when there is so much negative noise?

Housel says we must have a barbelled personality—optimistic about the future, but paranoid about what will prevent you from getting to the future. This requires an understanding that markets, careers and the economy often follow paths of growth amid loss.

Yes, we do have things to be pessimistic about: the war in Ukraine, inflation, a possible recession, and political division, to name a few. But as investors we must also be optimists that companies will figure out how to create value, consumers will navigate inflation, entrepreneurs will imagine the next iPhone or Tesla, and that life expectancies and living standards will continue to increase. Amid all the positive and negative forces, there will be opportunities to earn investment returns.